A family story, an estate in constant evolution where each generation has created its own history … mixed agriculture and the raising of livestock were always traditional on farms in Gascony.
In Cassagnoles, the story was always about fruit. Firstly a plum orchard and cherry trees, then a hazel plantation, and finally specialising in vines. 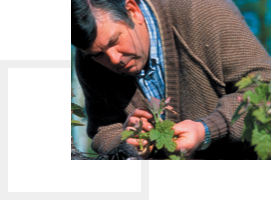 In 1974, Gilles Baumann and Janine Cardeillac Baumann moved into the family farm, called Cassagnoles near Gondrin, in the heart of Gascony, where the Cardeillacs have been farmers and winegrowers for several centuries.

At this time, the vineyard produced grapes mainly for the production of Armagnac.

Passionate about wine production, Gilles gradually modified the winery and the vineyard, extending them and diversifying grape production.

In 1978, the first bottles of Floc de Gascogne were produced.

In 1980, with the first production of 100% Colombard. Le Domaine des Cassagnoles was born.

Over the years, the estate has never stopped growing and specialising in their passion for the vines and their grapes which has created a very unique culture within the Domaine.

We obtained the label « Excellence Gers » in August 2000, and are part of the the « Federation des Caves Particulières » / Vignerons Indépendants » for more than 30 years.

Laura Baumann, Gilles and Janine’s oldest daughter, joined her parents at the Domaine. 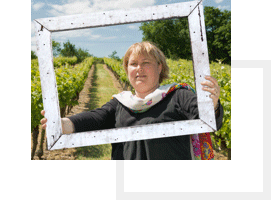 In 2010, after her parents’ retirement, Laure took charge of the estate and decided to update the vineyard. She wanted to replace the aging grapes with a good balance of different grapes, featuring the Gros Manseng variety.

She focused on identifying and highlighting the best agricultural practices.

She also fostered the early development  of oenotourism, setting up the large farmers’ market which happens every year at the end of July and is now a regular fixture on the wine tourism calendar

In 2016, achieving the certificate « Haute Valeur Environnementale » showed how important respect for the environment is within the Domaine.

With a loyal and committed team, Laure still continues the work started by her parents. Following her own philosophy : wine must be pleasure, discovery and emotion.

At Cassagnoles, the Armagnac is a mix of terroir, a family ...

An authentic and simple aperitif of the region, Floc is a s...